Before an out-of-body experience changed his life in every aspect, David Router had enjoyed a highly successful and lucrative 20-year career as an executive chef in some of Australia’s and New Zealand’s most affluent resorts and restaurants. This profound wake-up call propelled David to embrace his exceptional gifts and revitalize his spiritual journey – his life purpose. 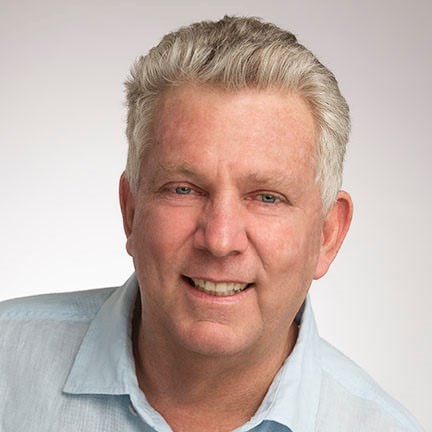 Having decided to leave my career as an executive chef, my next venture was to buy a concrete transport business – fewer hours and no staff headaches. Freedom! A year later in a long weekend’s Friday traffic, I was traveling down the highway at more than 60 miles per hour in my fully loaded cement truck. All the traffic in front of me suddenly stopped. I had nowhere to go and no way to stop this massive vehicle in time. The side of the highway was lined with families on bicycles. In a literal split second, I decided that I could and would not hurt or kill anyone.

At that moment, I quickly veered my truck to go over the embankment bordering where another road was under construction. At this instant, my spirit body lifted up and out from my body, and “I” watched the scene from above. The truck was traveling at a perilous angle, ready to fall over. To my astonishment, my Grandfather was sitting in the driver’s seat, though he had passed away years earlier! His brother was sitting in the passenger seat.

As the truck safely bounced onto the road under construction, I was swept back into my body, which was still seated in the driver’s seat. When I put my foot on the break, the truck had no weight to it and came to an easy stop.

Completely unharmed, I hopped out of the truck, expecting to see serious damage. I walked around the truck several times, yet I could not even detect a single scratch. That’s when I heard my Grandfather’s voice say, “Do what you’re meant to, my boy!”

The remarkable thing is that my grandfather had never driven a truck; he was a printer.

I eventually followed his advice and sold the concrete business. I decided to accept my life purpose and move into this service. It was this incredible wake-up call that spurred me to make these life-changing decisions, for which I am eternally grateful.

In his self-exploration, David rediscovered his natural ability to see, move and direct energy in himself, others and the natural world around him. His environment became alive with ENERGY. He learned the keys to creating a life of infinite possibilities, free of conscious and subconscious self-imposed limitations. David gives credit for much of his growth and insights to his Guides, the highly evolved spiritual beings who instruct, guide and protect him. By acknowledging and accepting this Divine instruction, he has been able to consciously connect to the Infinite Energy Source, and teach others these energy-activating techniques.

Reflective Body MechanicsTM , the instructional course David created, is his process of movements, visualization and focus. As ongoing scientific research has substantiated the existence and effects of subtle energy, David’s process has expanded to include Subtle Energy MechanicsTM. Reflective Body MechanicsTM is a series of energy rejuvenation exercises that empower individuals to activate, ground and mange their energy sources. This allows one to move energy and connect to personal, subtle, intuitional messages and self-love, which enables self-healing and sustainable resilience in daily life.