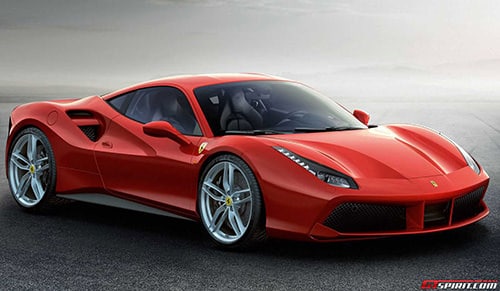 The Ferrari 488 GTB is a very good driver’s car. In fact, we recently declared it the Best Driver’s Car. But just because it’s already fantastic doesn’t mean it can’t improve. And if the latest alleged leak is to be believed, Ferrari has an updated version in the works that will take everything we love about the 488 GTB and make it even better. It’s even rumored to be faster than the LaFerrari hypercar.

The fan site Ferrari Photo Page claims it was recently contacted by an anonymous insider who attended a private preview of the car Ferrari called the “Sport Special Series.” Even better, this tipster was able to capture photos of the slide show that reveal quite a few details of the upcoming even-more-hardcore 488, most likely called the 488 GTO.