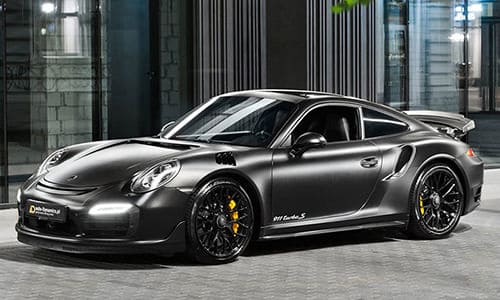 Our spy photographers have caught the next-generation testing for the first time wearing its production body. Expected to debut sometime this year, the next generation of Porsche’s iconic sports car will feature an evolutionary exterior design and feature some new elements that should help differentiate it from the car it replaces.

The biggest giveaways that this particular prototype is a 911 Turbo are the square-shaped quad exhaust tips and the wide rear fenders. Additionally, there’s a fixed rear wing in the back and air intakes in the rear fenders, further hinting that this particular 911 isn’t your standard Carrera model. Some new design cues like the double LED daytime running light strip up front and a slightly revised front fascia further indicate that this is the next-generation model.